In 1921, the company introduced a line of toys. The toys were featured in a store window display of local merchant C.H. Little.  The Freeport Journal Standard article reported that the company was the first to manufacture an aluminum toy.

In 1924, the company built a large manufacturing facility at 1131 S. Adams Avenue on Freeport.

In 1927, the Freeport Journal Standard published the following article:

The growth of the company has been phenomenal, considering the fact that they started operations oin 1920 and went through a serious period of readjustment in 1921, 1922, and 1923.  In the face of adverse business conditions they have gradually increased their various lines of product and each year have added additions to their buildings and equipment until today their factory is five times the size and capacity of the original factory, erected in 1920.

The have a payroll of nearly $200,000 a year and expect to increase the number of employees considerably during this year.

The Freidag Manufacturing company manufactures some 50 different toy itmes, a line of house furnishings and specialties, a full line of golf course equipment and a number of items sold to the radio trade.

I addition to their own line of products, they are supplying grey iron casting to some thirty manufacturers in Chicago, Milwaukee, Rockford, Sterling, Dubuque, Aurora, and a number of Freeport manufacturers.

Among their large casting users are such concerns as the Nash Motors, Borg and Beck, Automobile Clutch Manufacturers, and Hardinge company, makers of the most efficient and successful oil burner.

The Freidag company are now operating the largest foundry on the class of work, outside of Chicago, and are using  49.000 square feet of floor space in their molding, core making, and cleaning departments, and require more capacity at this time.

In 1930, The Freidag company was included in a list of companies reporting a very successful business year for 1929.

We are not sure exactly when the company closed, but most likely it was somewhere shortly after 1930.  The property was sold for back taxes at auction on September 6, 1938. 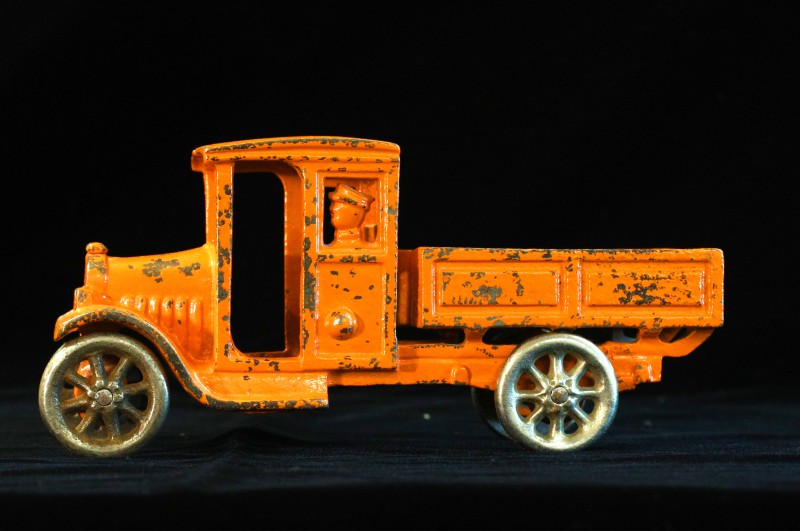